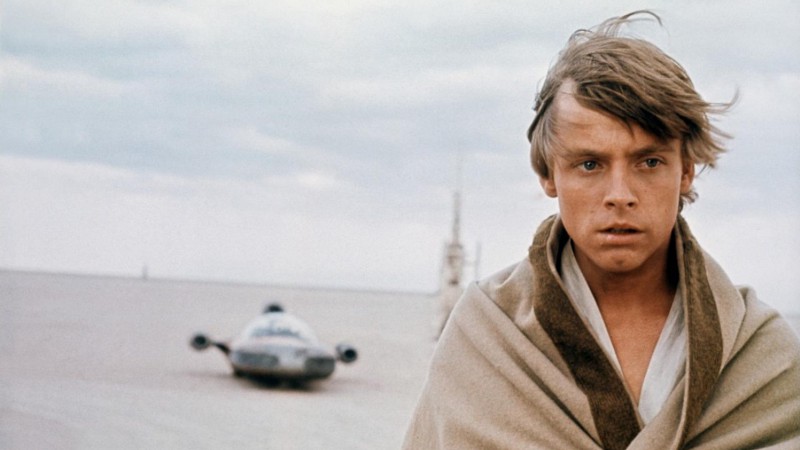 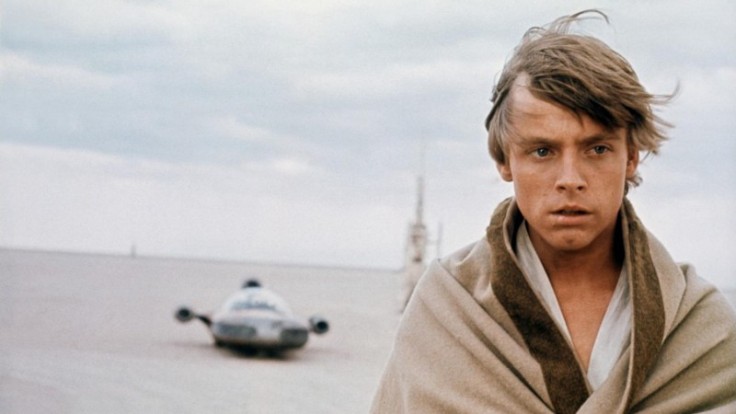 As the clock ticks ever closer to the premiere of The Force Awakens (less than one week!), the internet’s been aflame and afire with speculation regarding the noticeable lack of Luke Skywalker in the movie’s promotional materials.

No posters, no toys, minimal appearances from actor Mark Hamill in interviews or behind the scenes footage. The most we’ve seen (and heard) was back in April: a trailer voiceover paired with the brief glimpse of a metal hand assumed to be Luke’s. There’s a deliberate aura of mystery here from a director known for keeping his secrets, which, instead of irritating me like it has in the past, as was the case with Star Trek: Into Darkness (“HE’S SO NOT KHAN!…HE’S KHAN J/K!”), is exciting in an age where trailers give everything away and spoilers are as easy to find as a mouse click.

So it’s understandable that plenty of rumors have sprung up in the fertile speculation ground. However, the one that’s garnered a lot of attention is that Luke has turned to the Dark Side.

It’s not without merit. On an episode of IFC’s Dinner for Five in 2005 with Mark Hamill and, coincidentally, future Force Awakens director JJ Abrams, Hamill said he thought Luke would become evil in Return of the Jedi.

“As an actor, that would be more fun to play. I just thought that’s the way it was going […] I figured that’s what will be the pivotal moment.”

There’s also the Dark Empire comic book series released in 1991, which saw the resurrection of a cloned Emperor Palpatine and Luke taking Vader’s place as the Emperor’s apprentice.

Most intriguing (or damning) of all is the reason why Abrams accepted the directing chair for The Force Awakens in the first place. According to LucasFilm president Kathleen Kennedy, that reason was a question: “Who is Luke Skywalker?”

“We’re looking, obviously, for aspiration, for characters who are conflicted between good and evil, dark and light. George [Lucas] spoke often about that tension in everybody between what’s good and bad. He always felt that it was easier to be bad than good.”

Easier, certainly — but is it a better story?

The original Star Wars trilogy is a play-by-play of “The Hero’s Journey,” a narrative pattern named by scholar Joseph Campbell that’s been present in fictional storytelling since ancient myths. George Lucas has acknowledged Campbell’s formula served as inspiration for the films, and it shows. Luke is our everyman hero plucked from obscurity, called to adventure, and thrown into conflict. He experiences failures, losses, and love — of a sort — during his dangerous, thrilling quest to defeat evil, and after much hardship, said evil is defeated. Those are the basic story beats of the franchise (and countless others in one form or another).

As with most heroes, Luke experiences doubt. His “dark night of the soul,” as Campbell puts it, where hope is lost and he’s tempted to give in to the Dark Side, serves as the emotional heavy lifting behind both The Empire Strikes Back and Return of the Jedi. Not every protagonist’s “dark night” moment demands their morality be questioned, but highs and lows have to exist. What’s a character arc without stakes, low points, and growth?

For Luke specifically, the uncertainty surrounding him fits the wider narrative; the entire Star Wars saga is wrapped up around the struggle between good and evil. How easy it is for anyone to fall into corruption, hatred, and selfishness, and how difficult, even deadly, it is to make the active choice to fight back against its all-consuming influence in order to preserve the better things in this world.

Since this story has a happy ending, the Dark Side remains only a temptation for Luke. A heavy one that devoured lesser people — his own father was twisted into a black hole of greed, and discovering Luke’s path takes its toll on him. But even as he grows grimmer, colder, and more introverted across three films, trading in his white robes for black, using mind control and tossing out death threats without a twitch of guilt, he’s never corrupted. Yoda fears it; the Emperor encourages it. Luke teeters on that fragile, desperate precipice of corruption, nearly beating Vader to death with the force of his rage and in the process witnessing himself almost become his father. He’s a heartbeat away from power: the power to kill, to save his dying friends. He’s clearly given the choice to abandon his principles in favor of an easier path, and clearly refuses:

“Never. I’ll never turn to the Dark Side. You’ve failed, Your Highness. I am a Jedi, like my father before me.”

What makes Luke’s choice even more powerful is the imagery: dressed in all black, Vader lying at his feet, he declares himself the best parts of his father and remains defiant. He is earnest, and hopeful, and such a good, good man. He looks ultimate temptation in the face and chooses to keep his soul rather than sacrifice it.

That, for me, is the definitive moment of Star Wars. The hero we’ve identified with and rooted for has proven himself. There was equal potential for good and dark within him, and the good won. He’s emerged world weary and wise, and he didn’t do it by denying his fear or anger, like his mentors tried to teach him. He embraced those feelings, worked with them rather than letting them control him, and used them to do what’s right. Destroy the oppressive empire. Save his friends’ lives. Redeem his father.

The starry-eyed naive boy in white whining about power converters and yearning for a life beyond the stars has transformed into the best of men.

That’s the point of the entire damn story.

Of course, an Evil Luke would have dramatic impact. Our good guy leader succumbed to darkness. We’re fighting the one we love most. Even the best of us can be twisted, etcetera. Powerful stuff. I enjoyed the Dark Empire comics because they were a fun what if scenario exploring Luke’s emotions and psychology, even if the story felt redundant because Return of the Jedi happened beforehand.

Luke already made his choice. The choice that defined a trilogy. Given his journey, his history, and especially that choice, for Luke to turn evil in The Force Awakens would be not only a character regression but totally incongruent with the Star Wars universe. It might be a great yarn for some, but I’m not interested in a “history repeats itself, isn’t that depressing, the dark side was inescapable,” especially because Anakin’s fall from grace and subsequent redemption already showed us that peril. If history were to repeat itself, it would have already.

Star Wars isn’t the story of a hero losing his decency. It’s a man learning what it truly means to act heroic against overwhelming odds. What’s made the movies resonate with millions of fans is that goodness is worth fighting for, and it can win. That’s the lasting legacy of Star Wars: not that Luke was immune to his darker nature, but that he was tempted, and resisted.

I sympathize with JJ Abrams and Lawrence Kasdan’s task as screenwriters. It’s not an easy one. Not only do they have to revisit these characters beloved by so many, they have to make a good story. That means said beloved characters have to grow, and turn down different paths so they’re not stale. I wouldn’t want that job. It’s intimidating, the thought of tackling something precious.

Having said that, I hope with every fiber of my being that Abrams’s answer to the, “Who is Luke Skywalker?” question isn’t to walk back the hero of both my childhood and my adulthood into someone unrecognizable.